Views : 1543
Update time : 2020-10-09 14:04:47
Many friends often focus on soft furnishings such as various furniture and decorations, but they ignore the more important hard furnishing parts. What does hard decoration mean? Generally speaking, it refers to the demolition, painting, ceiling, laying of pipelines, and wires in traditional home improvement. These things are immovable in principle, but they have a vital influence on the comfort of our living. This has also led to many people who found problems after living in due to negligence during the decoration and even felt uncomfortable, but there was no way to make changes.
So what are the possible problems with the hard installation? The most common problem is the layout of sockets and switches. The switches commonly used in households generally range from single-on to four-on, and according to the fact that the light can be controlled by one or two switches at the same time, it can be divided into single-control switches or dual-control switches. When arranging the position design of the switch socket, some friends often only consider the aesthetics and the overall decoration consistency, so the sockets and switches are deliberately placed in various low or hidden positions. After I checked in, I found that the sockets were half blocked by furniture, or there were a lot of sockets, but there were still a bunch of power strips. Every day, I was either taking in the power strips or being wary of tripping over the power strips. And these problems are often difficult to improve because after moving in to remove and modify the circuit is tantamount to redecorating, the bitterness of this can be described as hard to say. My family used to have these problems, and finally, it was solved by TB11 Hidintech Factory Smart Switch.

These problems are actually caused by the limitations of traditional decoration methods. With the rise of the smart home trend in recent years, many problems can be solved. Even if you didn't pay attention to the remaining problems during the early renovation, you can get some improvement.
Faced with these problems, I think friends who have the following situations can consider it, and replace the general switches at home with smart switches like me:
1. Friends who are preparing to decorate the house, both worry about the problem I just mentioned and don't have enough energy and budget to design the layout of the switch socket. After all, a big advantage of smart switches is that they are flexible and convenient, and the cost of installing a smart switch is much cheaper than installing a traditional switch.
2. Young friends who pursue intelligence and innovation. If you are lazy at home, such as those who often go to the balcony to collect clothes and forget to turn off the lights, and don't want to go back to turn off the lights.
3. Because there was no reasonable planning during the early renovation, the friends who found many problems after moving in but couldn't come back. After all, once the circuit is demolished, it is equivalent to redecorating. At this time, you can also consider installing a few smart switches to make up for it.

As a smart home fan, with the popularity of smart homes, I have also started a lot of smart home products. To put it bluntly, the main functions of these products are the same, such as WIFI remote connection, sound control, and light control, timer switch, etc., all through settings It can be switched at will. From the perspective of user experience, smart switches are also a type of home smart products, and they also have these characteristics. I will give two usage scenarios. You may have a more sense of experience about smart switches:

Scenario 2: For people who often worry about whether they forget to turn off the lights after going out, they can directly set the turn-off time so that they can turn off when they leave. If you are still worried, you can turn it off again using the software on your phone.

These functions largely meet my requirements for my own home, which is convenient. To put it simply, I want to be able to switch easily, which is very difficult to achieve in the traditional decoration concept. Because traditional switches are limited by wiring, they can only be installed at various doorways such as restaurant doors and bedroom doors, but sometimes we don't need to turn on the lights until we reach the door. For example, after washing up at night, I went to the balcony to collect clothes to dry the clothes. After I returned to the room, I remembered that the lights on the balcony were not off, so I had to run back to the balcony to turn off the lights. It may be good to meet this situation in summer, but the experience may not be very good in winter. But if the smart switch is installed, there is no such worry at all. It is better to use voice control or mobile phone to switch, whichever is better than running back to the balcony, right?
Based on this situation, various smart home products have become indispensable things in my home. The root cause of this type of problem is actually that you did not consider your living habits when decorating.

There are actually quite a lot of these types of products on the market. Among so many switches, why did I choose Hidintech Smart Light Switch factory Industrial Intelligent Switch TB11?
The first reason is that because of standard issues, everyone knows that the requirements and standards for the use of circuits and electrical appliances in each country are different. Therefore, I live abroad and I may not be able to use many domestic smart appliances. TB11 is used. It is the standard of South America and Europe, just suitable for my side.
The second reason is that its installation is quite flexible, from one to three openings, and it can be installed horizontally and vertically, which is very suitable for my different needs. I use the white WiFi, the version with zero firewires, in addition to the basic standard version, there are also three versions of the ZigBee version, a single firewire version, mutual control version.
The third reason for the choice is to consider safety. After all, it is one's own household appliances, and safety must be considered. In addition to the overload protection that most switches have, TB11 also uses fireproof materials and is different from the plastic brackets commonly used in other switches. TB21 uses a stronger metal bracket.
In terms of appearance, the TB11 uses a brushed metal shell, which looks much better than other switches.
It is precise because of this that I finally picked this one among a lot of switches and brought it home.

In summary, everyone's living environment is different, and their ideas and needs are also different. I usually have a lot of things and often forget to turn off the lights. As a smart home fan, I am more willing to tinker with these things to optimize my life. For example, when I first decorated my house, I didn't do a good job of related design, so I had to find other ways to make up for the problem. To say this, I just want to explain the truth, each has different needs and settings. You have to "understand" yourself before the device can "understand" you.
I hope my sharing can give you some reference and be useful to everyone.
Previous : Hidintech smart switch TB21 essential for smart home Next : ZigBee IoT
Related News
Read More >>

How to Set Up and Configure Your Amazon Echo
Dec .18.2020
What Is the Amazon Echo?
Amazon Echo is a smart speaker developed by Amazon.
On November 6, 2014, Amazon launched a smart speaker equipped with the smart assistant Alexa on its official website, named Echo.
There are three versions of Amazon Echo, name 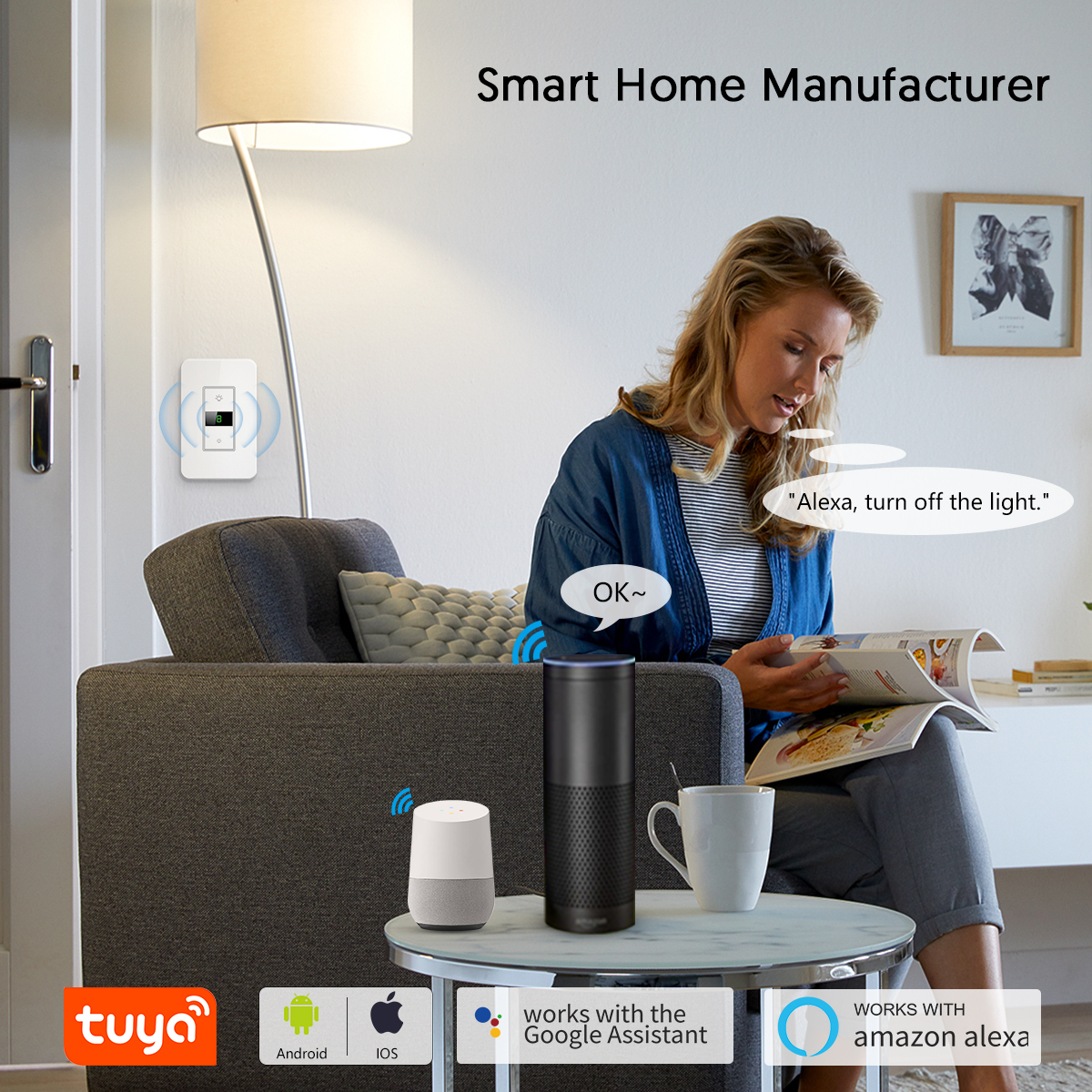 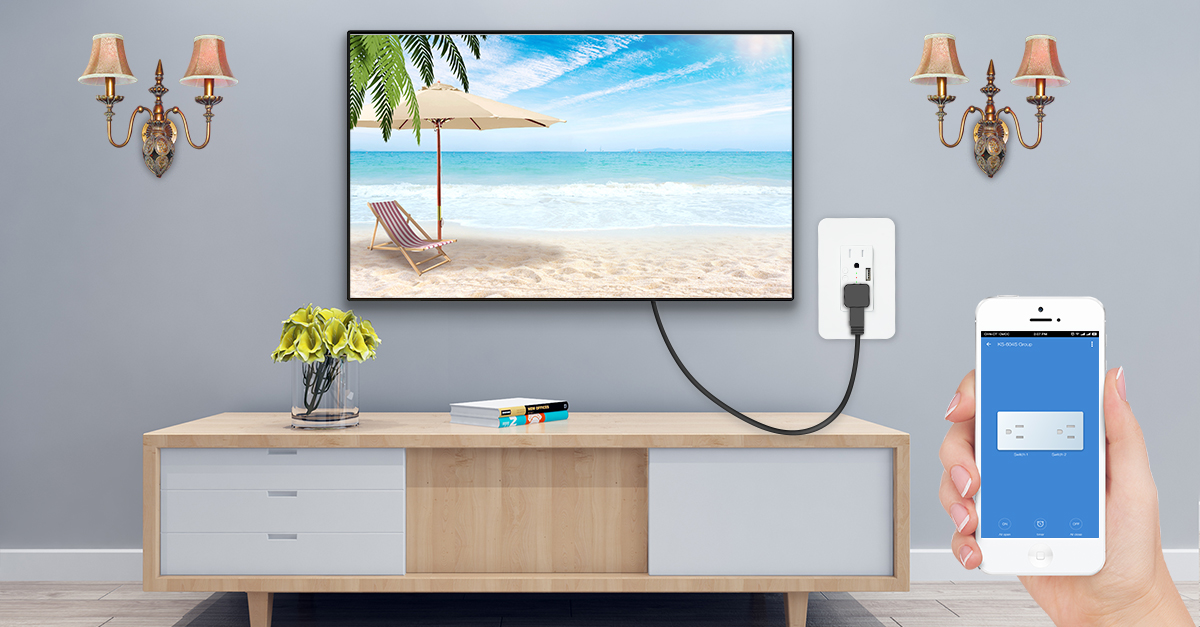 Why Is 5G Destined To Be Used In The IOT?
Nov .20.2020
5G will fundamentally change the way we connect to the world. Soon, the global society will adapt to new technological lifestyles across industries, markets and regions. This new technical standard not only promises the further development of existing mob